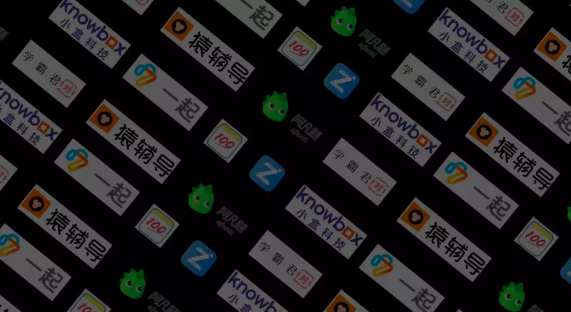 Educational product serving as a homework tool is probably the fastest-changing sector in China’s education industry. By burning staggering amounts of cash, this sector has also bred the most unicorns compared to other tracks. Year 2012 is marked as the starting point of online education in China when the government laid out supportive policies. Since then, starting from the scenarios such as homework tutoring, question banks by grabbing all the published worksheet and exam questions into their system, searching for answers by uploading question photos, online Q&A and K12 tutoring, this kind of products put students at the center and aim to improve their learning efficiency. During the first couple years as the burgeoning period, the number of homework-based products was as large as dozens. While less than two years later, lots of the start-ups died in excess of cash flow for operations and only few top ones survived and stood out.

Suffering from the fierce competition in 2014, the capital winter in 2015, and the predicament of monetization in 2016, several homework-based products have grown into unicorns and endeavored to bank on AI to bridge education gap since 2017. However, under the urgent demand of monetization and aligning with the government oversight, these star products have finally been dragged into K12 tutoring market and thereby vying for market shares among other internet giants and traditional leading education companies.

During the last two years, companies like 17zuoye, Yuanfudao, Zuoyebang and Knowbox have begun to seek breakthroughs by not confining themselves to their initial positioning as an additional tool. Instead, they have been dedicated to reshaping their products for no longer being just associated with some labels like “homework” and “question bank”. This move signals their aspiration to pivot to K12 online tutoring market. At this stage, exploring a better teaching model (1-on-1 or small-class), finding a suitable way to access more traffic and increasing the conversion rate, plus, turning losses into profit seem to be their top priorities.

Around 2012, many executives in China’s internet giants resigned to start up their own business under the boom of entrepreneurship in the online education industry to seize the opportunities and benefits brought about by “internet + education.”

In May 2011, Liu Chang, the Assistant Vice President of New Oriental Group, resigned and showed his willingness to develop online educational projects. In October the same year, with the support of Wang Qiang and Xu Xiaoping from Zhenfund, 17zuoye was founded targeting at tapping public education with its internet edge as a free tool by providing an online collaborative space where teachers can assign homework and parents are also kept in the loop about their children’s learning progress and reports. “17zuoye has acquired the biggest investment from Zhenfund because it carried our dreams. It is impossible to start from scratch and grow into a new giant like New Oriental but it may be possible to build a company that has the volume closer to or even beyond New Oriental.” Said Wang Qiang.

Similar to Liu Chang, in April 2012, Li Yong resigned from his position as the president of Netease Portal Business Unit, and started up “fenbi.com” with Li Xin and Shuai Ke, both of whom had Netease background. The company soon received 10 million RMB of financing from IDG even with no products launched. A year later, “Yuantiku”, the first question bank product was unveiled thanks to the effort made by Li Yong and his group.

Despite the two companies penetrating online education market from different perspectives, 17zuoye and Yuantiku have many in common: they are favored by capital, both positioned as an add-on tool initially, and soon grew into unicorns then finally encountered each other in the battlefield of K12 after-school tutoring. Apart from these two companies, the homework-based products emerged intensively from the first half of 2013 to the first half of 2014 and the competition in this industry remained relatively fierce in China. It is reported that since the beginning of 2013, 2.6 online education companies was founded per day on average. 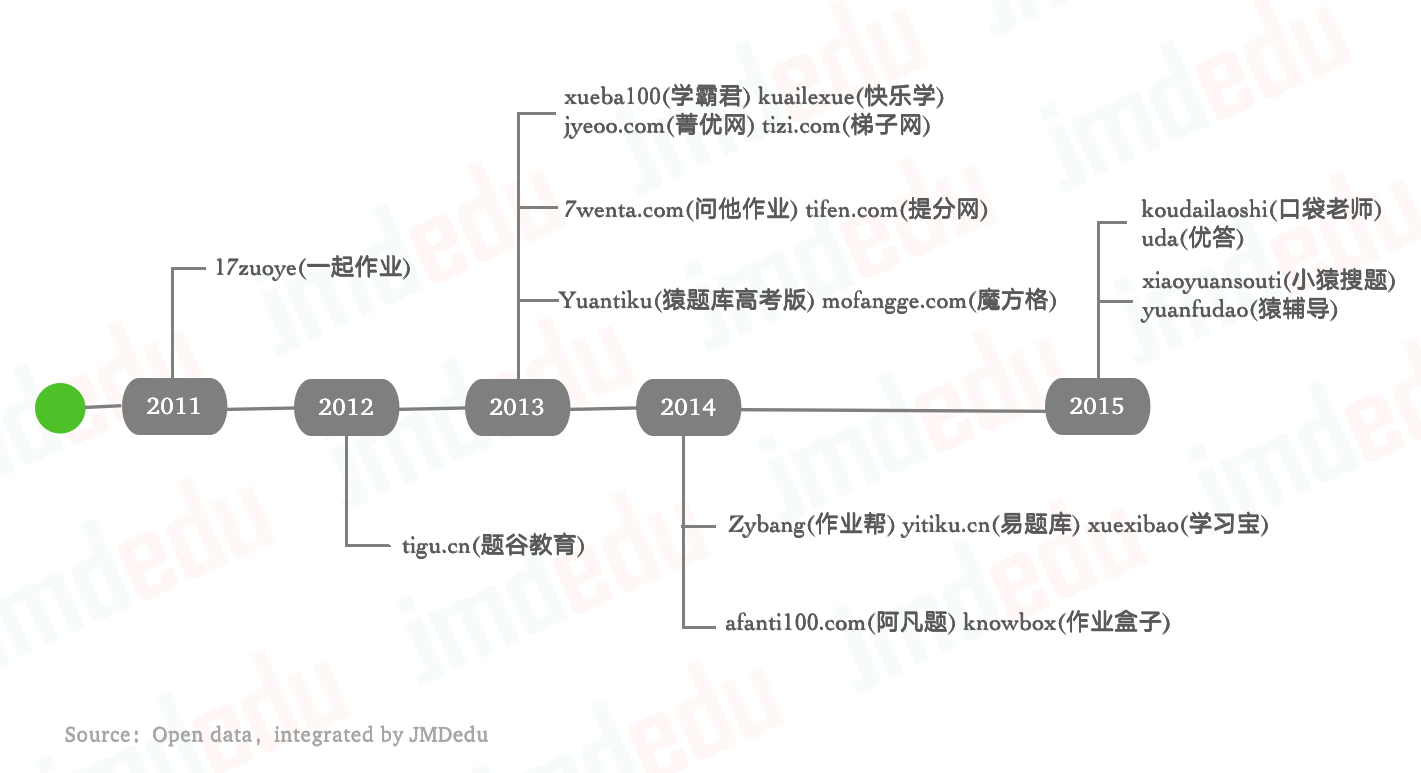 By 2014, when searching homework answers by uploading photos was still regarded as a “futuristic tech” by public, the homework-based products were divided into several major categories:

Providing question bank: Taking Yuantiku and Kuailexue(acquired by 17zuoye in 2016) as examples, these products tap online education market by grabbing all the published worksheet and exam questions into their online system. Plus, they can provide users with individualized learning plans based on learning behavior data collected, covering the scenarios from exercising to examination.

Searching homework answers by uploading photos such as Zuoyebang and Xiaoyuansouti (launched by Yuanfudao). The image recognition technology is used to convert the photos taken by students into questions and search for solutions accordingly. After forming a certain active community by accumulating users, the monetizing outcome is achieved through online Q&A.

Assigning homework: 17zuoye and Knowbox are the most used digital learning tools in this track targeting at getting massive traffic from school users by providing teachers in public schools with a whole package of solutions for homework assignment, homework correction and Q&A. The digital homework product is free of charge. Its revenue comes from the premium content or online tutoring, paid directly by parents.

Actually, homework-based products are not recognized by the market when they just emerged. Until the end of June 2014, the number of users Yuanfudao acquired exceeded 1.5 million, equivalent to one-sixth of the number of candidates sitting the national college entrance examination that year. At the end of the same year, more than 10 million users registered for 17zuoye. The market was then convinced of the expanding potentials of homework-based products.

Therefore, the capital-chasing trend started to prevail in 2014 regarded as “the burgeoning year of online education”. According to incomplete statistics, as of September 2014, more than 60 online education companies have successfully raised money, of which more than 15 have just been launched that year. And some have just secured investment just a couple months after the establishment. But the situation turned upside down shortly.

2015–2016: struggling to monetize amid the industry reshuffle

Amid the capital winter in 2015, many homework-based products were forced to be shut down due to slower financing, difficult transformation, and failed business models. For those who have survived, it is necessary for them to rethink their profit model on how to shift from a single tool to a comprehensive service provider and how to address the monetizing predicament through the approach like advertising, E-commerce, traffic monetizing, tool-based paid service and add-on services. 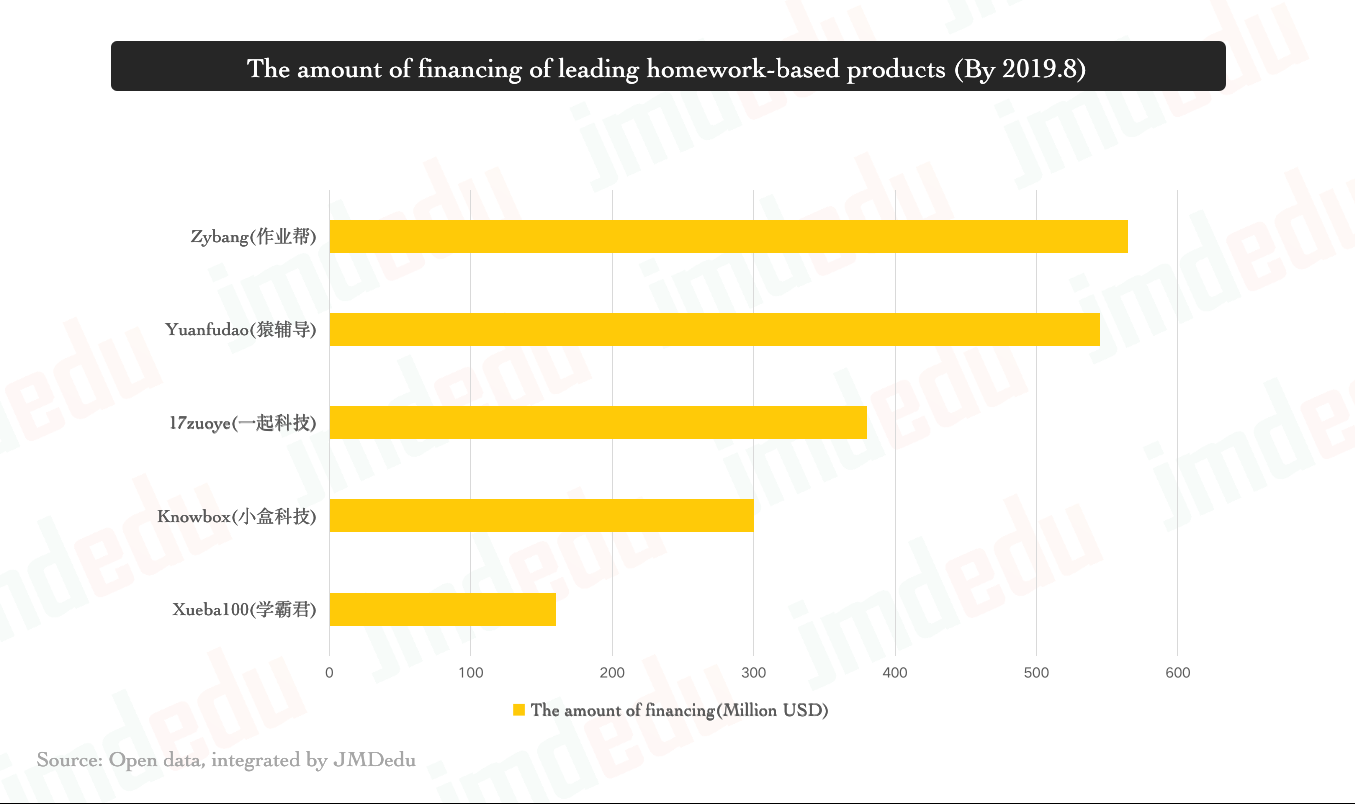 In terms of traffic monetization, both Knowbox and 17zuoye have tried to recommend courses based on the students’ academic level and convert the traffic to online and offline training institutions. However, this strategy didn’t work. Liu Chang even has made the decision that they will always provide free service to the business end.

As for the tool-based paid service, Yuantiku (the version targeted at the college entrance examination) made some initiatives at the early stage to charge a monthly fee of 18 RMB but quickly canceled this campaign under the pressure of the user scale. Finally, add-on services based on courses was the strategy implemented by almost every player in this field.

Under the industry reshuffle in 2016, the monetization approach of Q&A through live broadcast has spurred up capital, helping several head products raise nearly 100 million yuan in financing. Meanwhile, participators have also understood that “in the education industry, the lightweight-driven product emphasizing the attribute of simply a tool does not work while the heavyweight mode which puts content regarding teaching quality, research and service as priority is the only choice to find success.”

In May 2017, Yuanfudao raised US$120 million in their Series E round of financing, which was the largest deal in China’s K12 online education sector at that time. The company joined the EdTech unicorn club right after along with 17zuoye, Knowbox and Zueyebang. This unicorn emerging boom from 2017 to 2018 revitalized the whole industry towards a more mature market, leaving less space for late comers. 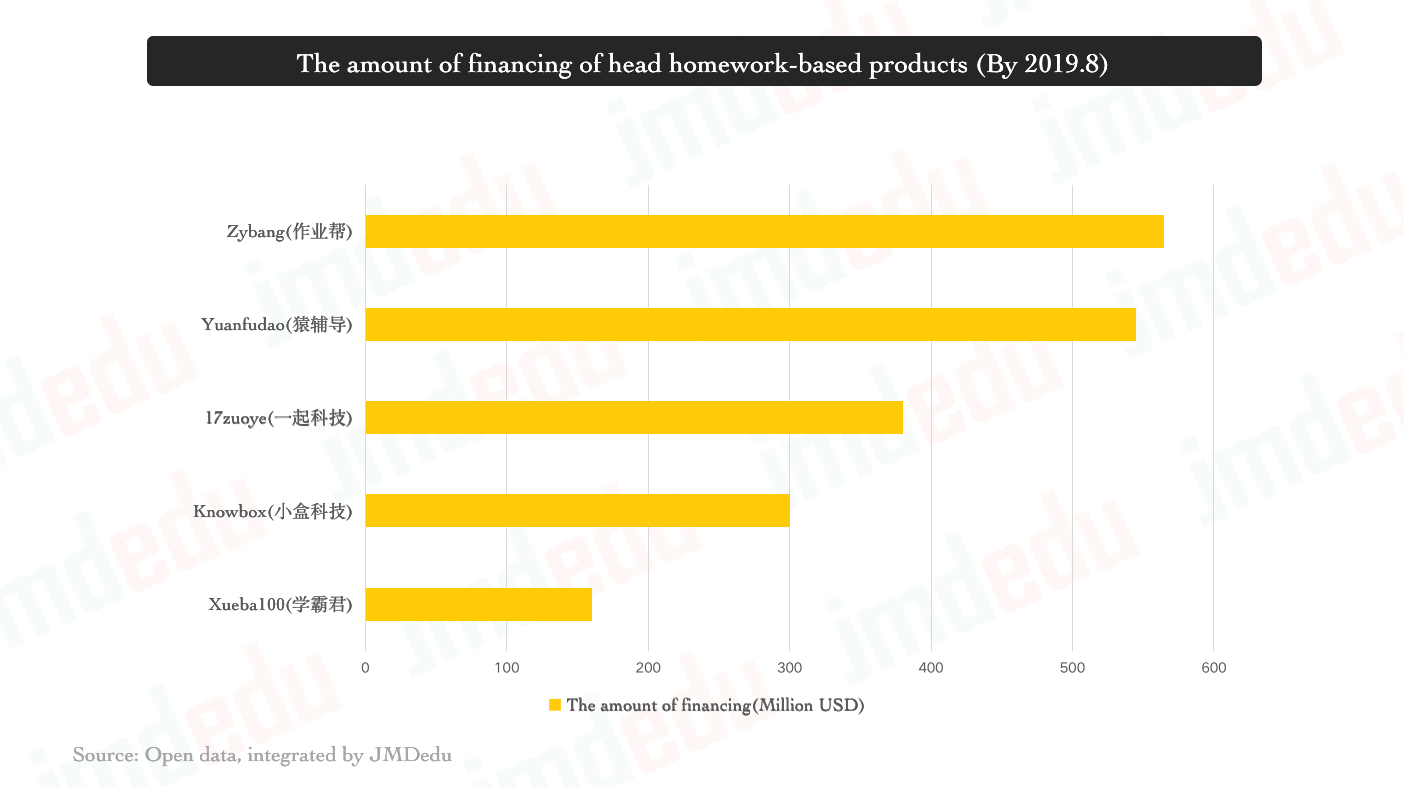 Since 2017, even with different evolving strategy, both question bank and homework-based products finally found each other at the battlefield of K12 after-school tutoring. The idea of “AI+Education” has been put forward. Many players were committed to unfolding their AI stories. By 2018, more in-depth topics around this idea were discussed such as “whether AI can replace the role that teachers play” and “in which scenario the AI Classroom can be implemented”.

According to the “2018 Education Industry Investment and Financing Report”, 80% of the financing deals in “AI + Education” field surpassed 100 million yuan, and the financing volume was mostly concentrated from 100 million to 500 million yuan. In light of the incomplete statistics, a total of 44 capitals(or companies) poured money in the sector of AI Education in 2018. However, there is still no AI product tested and proven by the market with enough efficacy at present even the AI education business in TAL and Iflytek fails to break even. So this story is still ongoing.

Starting from 2012, there have been several major trends in the development of homework-based products. Affected by government’s advocacy to promote competency-based education, the investment of “the big Chinese”, coding and STEM has gradually increased and family education has also been attached more attention.

At the same time, most online education platforms have basically covered various modes of teaching, learning, testing, exercising and evaluation. The application scenario has also shifted from campus to after school and from public education (B-end) to family tutoring (C-end).

What is more controversial at present is “which is the better solution for making profits between 1-on-1 and small-class.” While as we analyzed in our previous article, the limited patience and cash of capitals will be a major challenge for companies so they have to find a stable operating model based on teaching quality, faculties and the improvement of students’ learning results.

For homework-based products themselves, how to transform the drivers from technology to business demand by launching high-quality service and large-scale products is something almost all the players have to tackle in recent years.