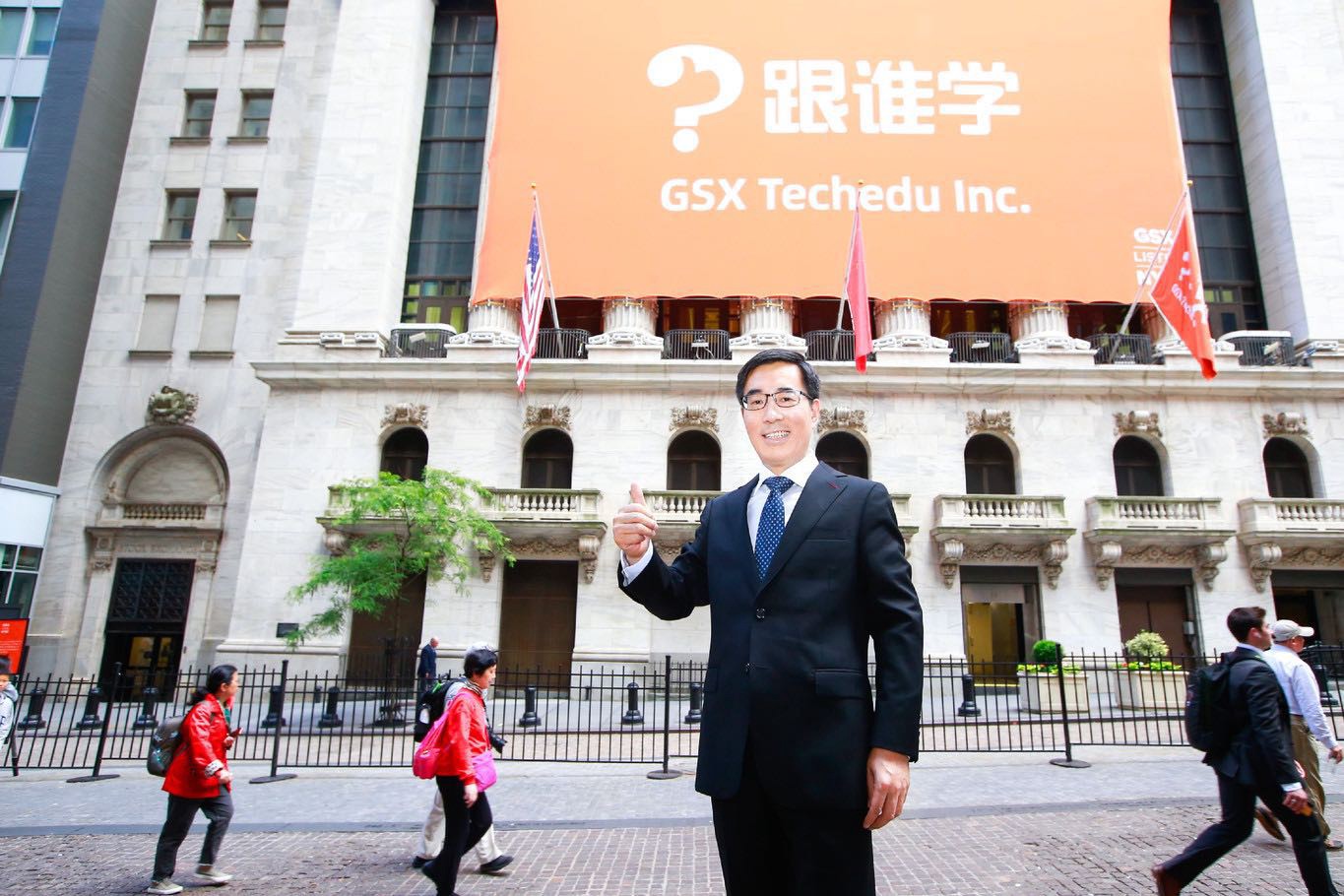 China-based education companies ushered in the great era of IPOs in 2018 with 14 deals. As for the destination, China’s Edtech companies have joined in an outbound listing frenzy following the footsteps of large tech companies. In the first half of 2019, the wave of seeking capital in the public market continued as Koolearn, online subsidiary of New Oriental, has made the first online education stock in Hong Kong and the K12 online tutoring platform GSX Techedu (Genshuixue) was listed on the NYSE, which have captured public attention in the global education space.

According to the open data, as of H1 2019, 7 education enterprises have been listed covering different sub-sectors such as K12, private higher education, and vocational education, out of which 5 companies were listed in Hong Kong stocks, 1 in A-share (domestic market), and the other in the US stocks. There are 9 companies embracing more diversified business models in the waiting eyeing HK and US listing including soft skills education, programming, IT, and English training. Most of the Chinese data in this piece are collected by two Chinese education investment companies: Taoli Capital and Duojing Capital.

HKEX has become home for Chinese education companies because of its own policy reforms which contribute to listing success and even higher valuations of the entire education sector. Moreover, related policies in terms of educational assets in A-share are not clear leading to lower listing efficiency. Other educational companies that prefer to go public in the US are mainly influenced by the two giants of after-school tutoring institutions New Oriental and TAL such as Genshuixue, founded with an Internet DNA, has been listed on the NYSE only after its Series A round of financing and has achieved scale profitability, making the entire online education sector rethink their strategic layout.

As for going public in the US stocks or HK stocks, an industry insider said this choice may make a big difference. Traditional education companies choose to be listed in Hong Kong stocks while companies with Internet attributes are more welcome in the US stocks, which is determined by the properties of the capital markets in these two destinations.

IPO does not mean success. Companies providing educational products still have to be tested by the market. Unexpectedly, nearly 90% of the education companies suffered from stock price plunging below the issue price on the first day of listing.

In the HK stock market, the closing price of Ginkgo Education(a higher education service provider) at the day of listing was HK$1.35 per share with a decrease of 6.25%, and the vocational training company China East Education listed in HK stocks as the world’s biggest education IPO issued the initial share price at HK$11.25, while plummeting within the day of listing, it closed at HK$10.36 with a decrease of 7.91%. GSX in the US stock market closed at HK$10.48, about 0.19% down from the issue price. In the case of A-share listing, Offcn Education (002607), a training and exam tutorials service provider for civil service worker, closed at 9.19 RMBper share suffering from a 5.45% drop.

As of June 30, the trajectory of stock price fluctuation experienced by China-based education companies in the first half of 2019 is a bit bittersweet. Industry insiders believe that continuous listing of education companies during the past two years makes a huge upsurge with fierce competition in the stock market, resulting in relatively more scattered investment funds than before. Therefore, the downturn of stock market is quite normal.

With the implementation of the “Opinions on Regulating the Development of Extracurricular Training Institutions” on July 6, 2018, and the “Non-state Education Promotion Law” on December 29, 2018, new regulations laid out stricter restrictions and approval procedures on the qualifications of after-school tutoring institutions and thereby bringing about more risks and uncertainty. Plus, the high-cost and low-profit predicament of the education industry itself always puts companies in a relatively embarrassing situation in the capital market which saw an increasing IPO wave but was not really favored by investors. According to the financial data disclosed in many companies’ prospectus, net profit performance of the education companies listed in H1 2019 are mostly not optimistic, showing a downward slope compared to the same period in previous years.

The net profit growth of some enterprises indicates that education is still an industry with great potentials. According to the 2018 China Education Development Report released by Deloitte last September, it is estimated that the scale of China’s education market will hit 2.68 trillion yuan in 2018, among which the top three sub-sectors are individual training market, K12 & STEAM education market and private kindergarten segment. Furthermore, the overall scale of private education is expected to reach 3.36 trillion yuan by 2020 and 5 trillion yuan by 2025 enjoying a compound annual growth rate of 10.8%.

The growing space of online education sector is even more enormous given that Genshuixue’s success already shed light on the possibility of scale profitability for this business model. With the uniqueness of slow-to-reform and counter-cyclical, for education companies, IPO is a seemingly reasonable pathway to hasten their development.

In addition, listed companies have continued to expand their market share through endogenous expansion and M&A in order to meet the requirements of performance growth by capital market in recent years. In H1 2019, only 8 M&A deals have been closed which are mainly in the sector of competency-based education.

Overall, content and services are the ultimate weapon for education companies to secure victory. Therefore, rather than struggle with financing and listing, it is better to place more emphasis on perfecting the business model and the service itself.