中文
The unprofitable business model trap: how could small-class online tutoring break through?
by Siyi Zhang
2019-07-12 07:47:26 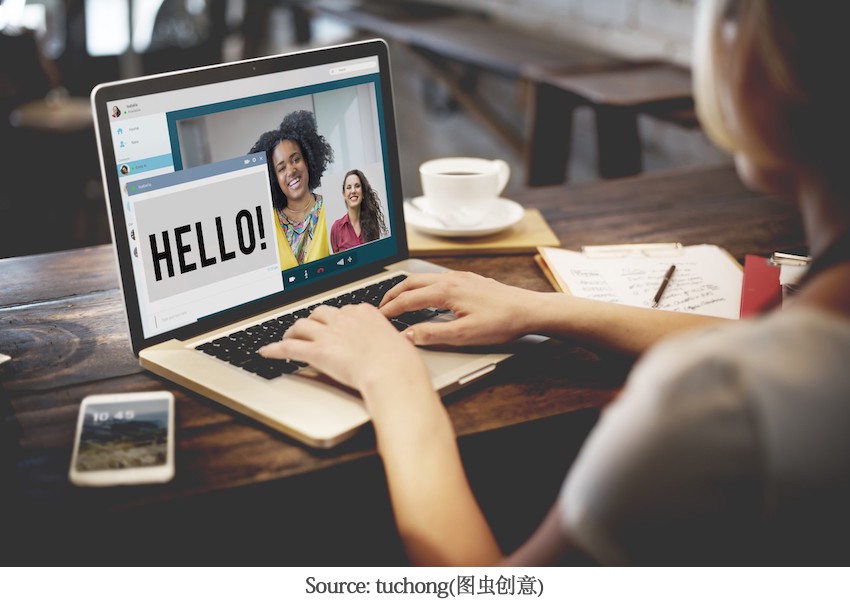 In 2018, China’s education market witnessed the boom of online English small-class institutions that Magic Ears and Landi English have received hundreds of millions of dollars in financing. At the same time, VIPKID also launched online small-class courses with an attempt to tackle the profit problem that one-on-one model has suffered from. Compared to last year’s flourishing development, the small-class track is relatively silent in 2019. An industry practitioner said that companies centered on small-class business are no longer easy to secure financing compared to last year.

In fact, only few small-class institutions are able to achieve large-scale profitability at the current stage. Although the gross profit margin is higher than the one-on-one model, small class is still limited to be scalable given the high cost of customer acquisition. In addition, companies need to further optimize the operation model of small-class by solving the prominent problem of this model known as “full enrollment rate” which means that the quota of each class has been filled. In this new phase, how to vie for the market share driven by the rigid demand of kids’ language training? There are still many challenges.

Less capital flow into this track

The small-class model started later than one-on-one and will enjoy a slower growing speed due to the more complex operation process. However, the small-class is expected to solve the profit problem faced by one-on-one model. That’s why this track has been favored by capitals since a few years ago. For instance, Qkids as an early bird entering the industry has completed its angel round financing in 2015 and acquired the B round financing from IDG Capital two years later. And at the end of 2016, Magic Ears, an internal incubated entrepreneurial project by Yuanfudao, has secured its A round of financing with 120 million RMB (USD 17.65 million) last year. During the past several years, the biggest deal in this sector was closed by Landi English, raising 520 million RMB (USD 76.5 million) in Series C round in 2018.

This year, the investment news for online small-class sector significantly dwindled. According to the publicly disclosed information, there were only two deals in this sector in 2019 H1 that Proud Kids and AirUS have raised Series Pre-A round of financing with tens of millions RMB. For small-class institutions, “relying on self-sufficiency rather than external inputs has become the most important weapon for enterprises to survive in the capital winter.” said Wu Hao, CEO of Whales English, at GET 2018 Summit organized by JMDedu. 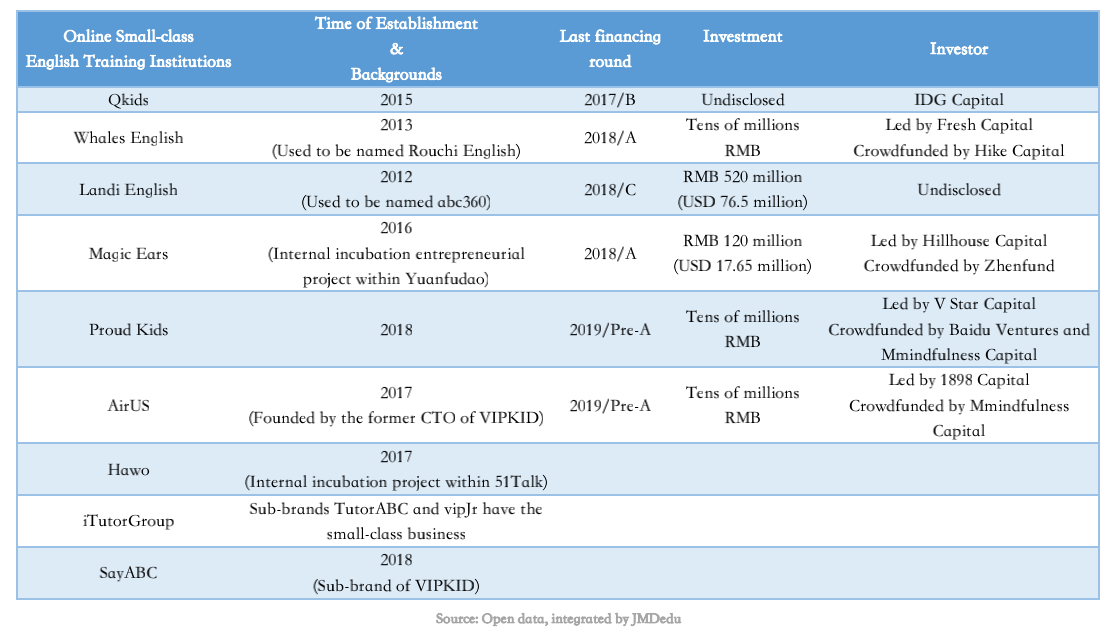 After the first wave of market preemption, small-class institutions began to slower their steps. In March last year, 51Talk’s internally incubated product Hawo small-class was officially operated independently. 51Talk’s latest Q1 financial report shows that the proportion of cash income contributed by Hawo has fallen to 3.3% compared to 12% in Q4 2018. 51Talk’s CEO Huang Jiajia explained, “in Q3 and Q4 last year, customer acquisition cost of small-class model was higher than one-on-one. Our team are trying to find solutions and optimize the economic model of small-class instead of pursuing growth blindly.” 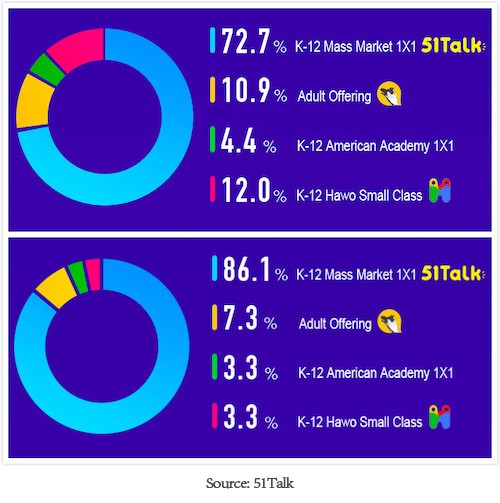 Hawo’s CEO Zeng Lingding also told JMDedu that the losses were quickly controlled after the company’s operation adjustments this year. The increase in gross profit margin will also be reflected in next quarter’s report. “After a wave of burgeoning, the industry now is coming to a stage of self-adjustment and reflection. Due to limited resources, we all need to play our best card in this game.” Zeng Lingding said.

Difficult to achieve profitability despite a better model

The emergence of small-class model is not only to meet diversified market needs but also to break through the current market situation. Chris Leeson, the founder of Proud Kids, believes that “education institutions offering small class do not need much financing. The advantage of small-class is a better financial model than one-on-one.” But even among those top players, only a few of them can achieve large-scale profitability. The cost of customer acquisition, the pressure to reach full enrollment rate, withdrawal rate, renewal rate, and the gross profit margin are all the key factors that determine whether the small-class model can help start-ups break even.

Currently, online language training institutions are commonly hit by the soaring cost of customer acquisition and uneconomical scales. The profit challenge of small-class model is also stuck in the first step: customer acquisition. Chris Leeson said, “Now parents have been bugged by phone calls for several rounds. The market has been smashed.” In addition, compared to the one-on-one model which is more flexible, the sales process of small-class is more cumbersome. For parents, their concerns when paying for small-class courses lie in class time aligning with kids’ schedule and peer selection, resulting in low efficiency of customer acquisition. And for the institutions, the complexity of class scheduling directly affects the full enrollment rate. Therefore, traditional sales campaigns such as mass advertising, telemarketing, and KOL promoting are unlikely to work for small-class.

“The current unit cost of customer acquisition in this industry could easily reach 3,500 RMB (USD 515),” Chris Leeson said. Meanwhile, the annual price of small class is over a few thousand RMB so the initial deals may just lead to companies’ losses. Actually the profit can only be driven from the second or third round of class renewal. Moreover, the rate of withdrawal and renewal is strongly contingent on the quality of teaching services. In terms of gross profit margin, Wu Hao has mentioned before that one-on-one model’s gross profit is generally around 40% while the small-class model can reach 50% to 60%. Despite this, the marketing costs of small class are still high. Almost all the companies admit that they are facing more challenges than one-on-one class operators.

Pros and cons of different models

The operation logic of one-on-one class is similar to “online shopping”. Students are able to choose a course at any time on the platform in a relatively simple way, but small-class model operators need to balance the academic level, time schedule, academic progress, and special requirements among all the students in the same class. This highly tailored process may trigger refund issues followed by a chain of problems just as the domino effect. That being said, it is difficult for institutions to recover the cost if customers want to drop the courses halfway and claim the refund. What those institutions are more worried about is that they may offend more customers if the class is canceled.

At the moment, there are a series of models to operate small class, the most prominent difference being the class scale ranging from one-on-two, one-on-three to one-on-four and one-on-six, or even multiple scales. Fu Xutian, CEO of Qkids, told JMDedu that the class scale they have chosen at the beginning was one-on-six and one-on-eight. However due to the difficulty of guaranteeing the full enrollment rate, they gradually adopted one-on-four as the major model and set a few one-on-two classes. “One-on-four can satisfy most parents and the financial model is also acceptable. One-on-two classes account for less than 10% as a supplement to the business.”

Apart from the class scales, the course scheduling patterns of online small-class institutions are also diverse, which could be mainly divided into two types. In the first type, the teachers, classmates and time are all fixed, and the other is more flexible without the limitation of these three elements. Whales English initiates the first type as its strategy but also got blamed. Wu Hao once explained, “we know this choice must bring about some troubles such as the challenge of operation, but we should give children the best learning effect at first.” Unlike Whales English, Qkids and Magic Ears selecting the second type automatically match the students through computer system. Fu Xutian describes that Qkids’s model is just like a train trip: a fixed departure time (class opening), a student buying a ticket (purchasing and taking courses), and whether all of the quotas have been filled is determined by the computer algorithm. “Scheduling classes is too difficult, which hinders many companies’ development .” Fu Xutian said.

Increasing more class scales with a focus on service

As the one-on-one model continuously becomes uneconomic, investors are more discreet to pour money into online language training institutions. Betting their hope only on the future will bring many risks. Whether the model can operate smoothly still depends on the current effect. Wu Hao told us the main task of Whales English at this stage is to further optimize the user experience and effects. For example, their attempts include introducing review courses taught by Chinese teachers targeting at younger age group and completely building an assistant teacher team for each class, then simultaneously solving the problems the both sides (the students and foreign teachers) are encountering.

Fu Xutian believes that small-class institutions may also run one-on-one business in the future. “The operating model changing from small-class to one-on-one is reasonable, but it is hard for one-on-one institutions to pivot their strategy to small-class. From sales perspective, one-on-one class can be sold with a price of twenty or thirty thousand RMB in each deal, while the prices of small-class are almost less than ten thousand. In this case, sales staff will lack sufficient motivation. And for the company itself, it will be very slow for small-classes to make profits. If the company transfer all the one-on-one resources to small-class, the performance and valuation will undoubtedly be declined. But it is very easy to pick out those students with one-on-one class demand from small-class customers without any conflict of interest.” Fu Xutian added. However, whether the multi-scale small-class model can ultimately enhance the overall profitability of those institutions is still not certain. 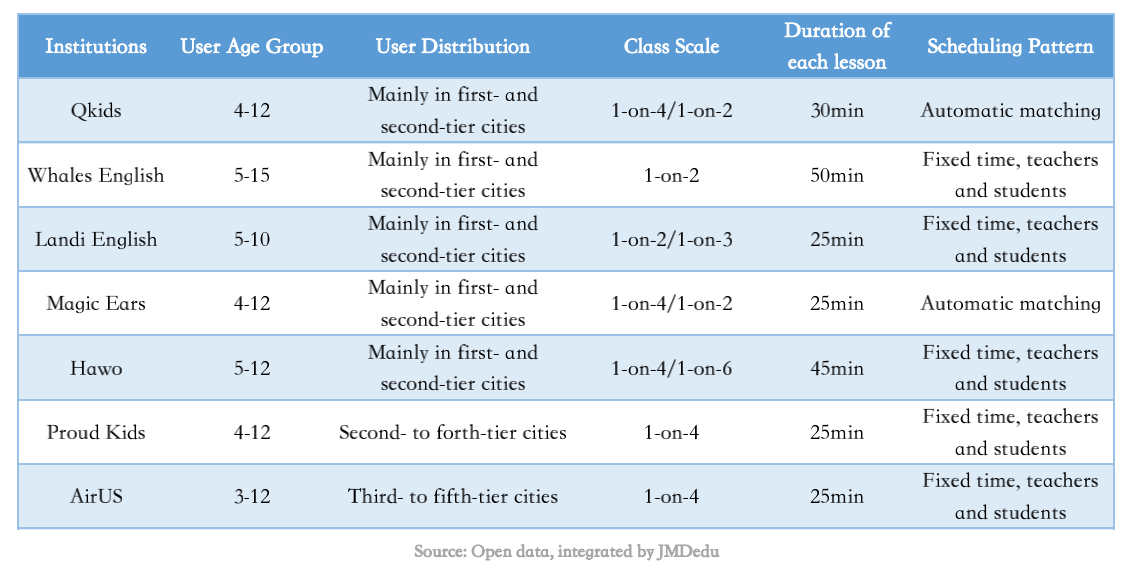 Foreign teachers have always been a big selling point of kids’ language training institutions. Chris Leeson said, putting foreign teachers information in advertisement really helps sell courses.” However, the previously neglected Chinese teachers has been gradually favored by small-class institutions. Take Proud Kids as an example. It relies on Chinese teachers to achieve the knowledge input at the first step, employs foreign teachers to help students do more exercises and evaluate the effect according to students’ output, and builds a syllabus based on the cooperative teaching model. Similarly, Hawo also takes the same model which Zeng Lingding believes will match the future market demand, although this design is more complicated and has a greater operational burden at the beginning for online education companies.

In terms of product positioning, the players in the small-class sector are mainly targeting at the first- and second-tier cities, but compared with one-on-one, the lower price may also allow this model to penetrate into the third- and fourth-tier cities. Huo Zhenzhong, former co-founder and CTO of VIPKID, said that “the model of online English learning by connecting Chinese kids with native speakers is becoming more and more mature and the demand has been expanding from the first- and second-tier cities to the third- and fourth-tier cities. The supply of foreign teachers is also increasingly sufficient so kids’ English training sector is still in a period of vigorous development .”

“Start-ups attract capitals by storytelling in the angel and seeds rounds of financing and relying on business models in the A and B rounds while in the Series C round investors need to consider the concrete business data.” Said Li Jing, the founder and CEO of Landi English. This year, more and more small-class institutions have come to the stage of battling for higher operation efficiency.