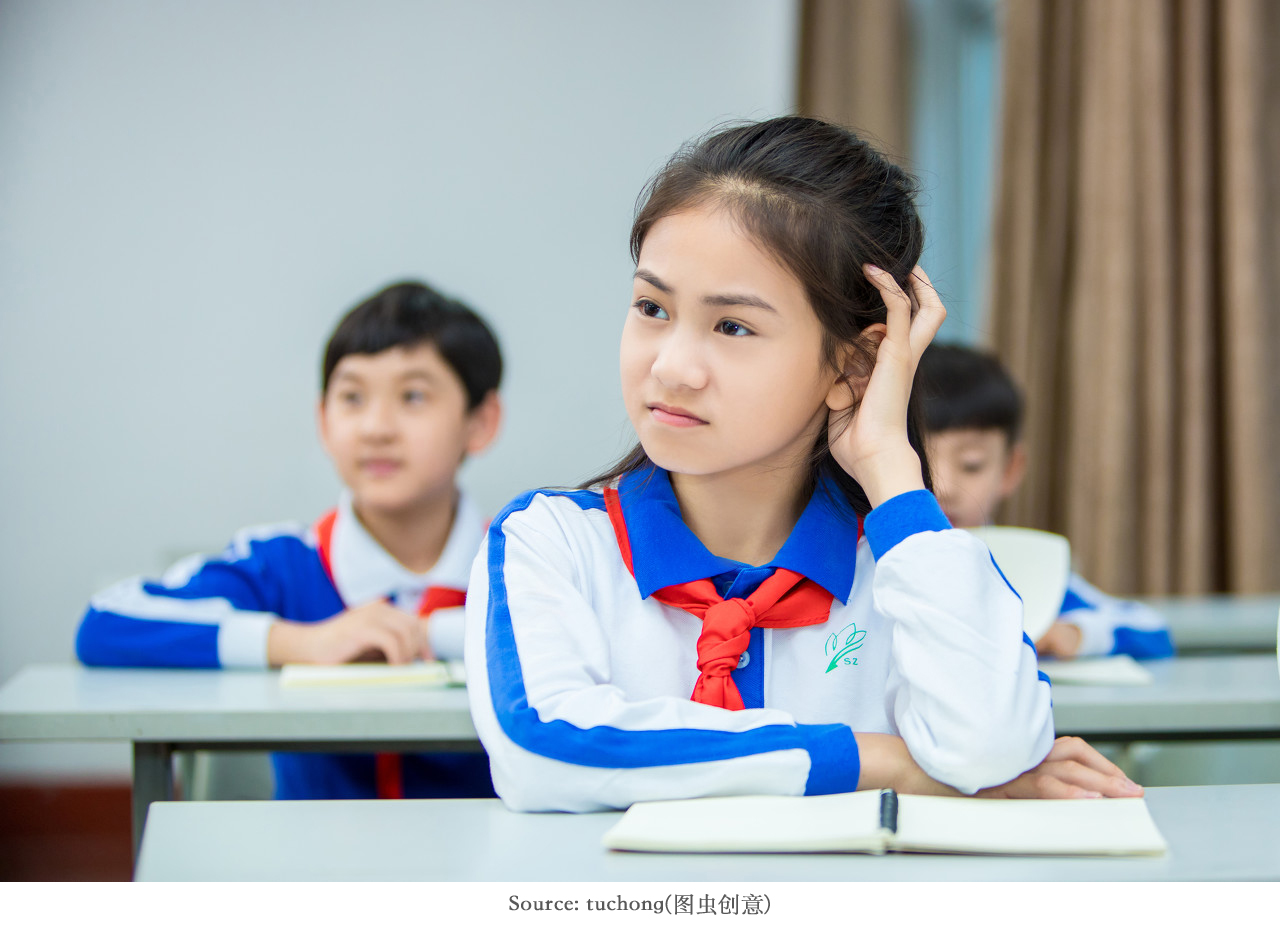 Some startling action last week provoked contentious discussion regarding “privacy disclosure” and “data security” among public on China’s main social network platforms. These issues, which were not sensitive in Chinese society, finally got the attention it deserves after a face-swapping app sparked privacy concerns. The debate just went viral with many arguing that people who upload photos surrender intellectual property rights to their face and allow ZAO to use their image for marketing.

Meanwhile, a university in Nanjing installed an AI face recognition system not only for campus management but also class monitoring then lots of netizens worried that students’ right of privacy would be violated. It is worth noting that a Swedish secondary school was sentenced to 200,000 SEK(20,664 USD) for the same situation recently.

Recently, China Pharmaceutical University piloted the AI face recognition system in some classrooms. Apart from automatically recognizing and recording students’ attendance, it also enables monitoring of the students’ in-class performance, which the school believes can urge students to study but public have opposite views.

Xu Jianzhen, the person in charge, said: “introducing this system is a request expressed by the school’s Academic Affairs Offices targeted at improving the students’ attendance rate and enhancing the classroom discipline.” However, some students believe that this system will violate their personal privacy while Xu Jianzhen responded: “The school has already consulted the public security department beforehand and the legal department claimed that there is no such thing as “infringement of privacy” since the classroom is a public place.”

In fact, it is not something new to install a camera in the classroom. But analyzing students’ class performance through AI face recognition technology has just emerged since recent years. Last month, an affiliated elementary school of Shanghai University of Traditional Chinese Medicine brought AI face recognition into the campus to monitor the behaviors of both teachers and students through the three sets of “AI+School” systems including the “intelligent classroom evaluation system”, “the intelligent environment analysis and control system” and “the intelligent teacher training system”.

According to the introduction, the “intelligent classroom evaluation system” can automatically detect the behaviors and emotions of teachers and students based upon sample data collected from the real classroom, then provide evaluation and suggestions in light of performance analyzed by the intelligent algorithm. It is also reported that whether the students put a smile on their face, whether they say hello to the teachers and whether they pick up the garbage voluntarily will all be captured by the AI system and reverted to the control center.

A mom of a second-grade elementary school student in Shanghai believes that AI monitoring should not be introduced into primary school unless all of the parents reach a consensus, “If anyone says no, the school should not implement it.” However, some people who support think the system can help prevent dangers, reduce campus bullying and improve the teaching quality. 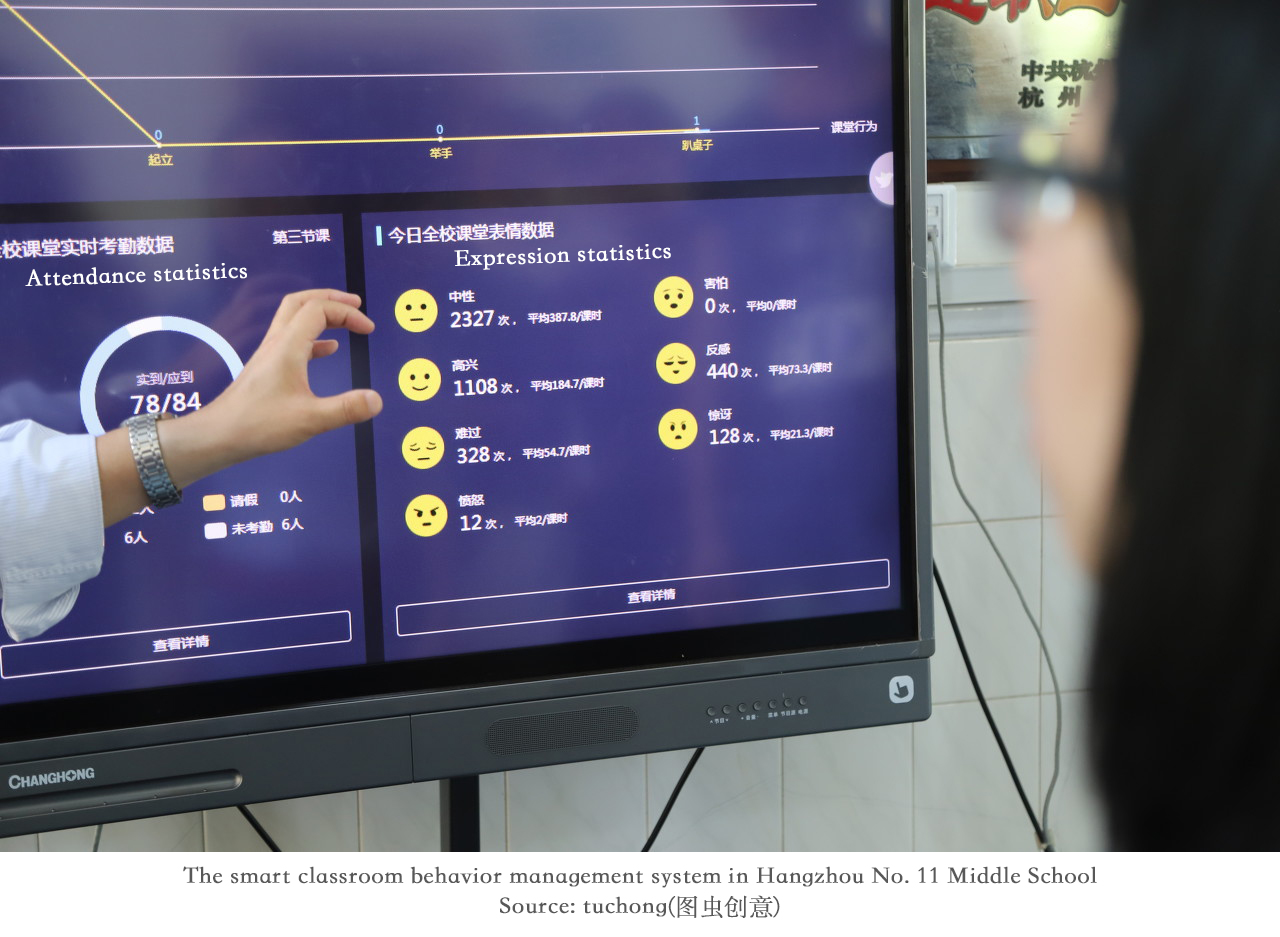 Last year, The Daily Telegraph reported that Hangzhou №11 Middle School in Zhejiang Province launched the first smart classroom behavior management system in China jointly developed by Hikvision. According to the previous report, netizens in favor of this action believe that the real-time information of students through big data is conducive to improving teaching effect, while those against it mainly insist that AI class monitoring is an abuse of technology, infringing on the privacy rights of students as an “anti-education” act.

“The use of AI technology must have boundaries”

Regarding whether the student’s privacy is violated, Zhu Wei, deputy director of the Center for Communication Law of China University of Political Science and Law, believes that the right of privacy is a civil right and whether the system can be adopted entails both students and parents’ consent because middle school students are generally minors. Otherwise, the school has no right to monitor them in any way. Meanwhile, “the information collected cannot be used for commercial purposes or published. ” Said him.

So, does the school have any concerns about privacy issues when introducing this system? According to media report, Zhang Guanchao, vice president of Hangzhou No.11 Middle School, once said: “it has already been taken into consideration at the beginning of product design so the actual information collected by the AI system is simply codes instead of facial image. Plus, in order to avoid the information disclosure, the system is built on a local server rather than the cloud computing.”

In terms of the privacy boundary of campus management, Wu Shenkuo, an associate professor at the Law School of Beijing Normal University, said that using facial recognition system to analyze students’ behaviors and effectively manage the classroom is permitted by law. However, “it will be illegal if there is an information leakage or no timely stop-loss measures are taken after the information leakage.”

In response to the concerns raised by AI monitor entering the campus, on September 5th, Lei Chaozi, director of the Science and Technology Department of the Ministry of Education, said in an interview: “we will reinforce the restriction and management of this kind of products and we hope the school could discreetly adopt such technical software at the current stage.”

“Intelligent system kills the creativity of both teachers and students”

Even if the use of AI classroom monitor has certain legitimacy, the ethical concerns in this industry are still ongoing and more prominent among Chinese scholars.

“It is unnecessary to introduce such a system into campus since the teachers themselves will pay much attention to the performance of each student,” said Zhang Hongbao, a teacher of the Mental Health Education and Counseling Center of the Central University for Nationalities. He also believes that for those who easily get distracted, when they are detected by the system of certain misbehavior, students may form negative psychological hints. In addition, educators may be less encouraged to teach students with personalized plan and thereby hindering students to reach their full potentials.

Zhang Ping, a professor at Peking University Law School, said: “every student may make mistakes but this does not mean that they will go astray. If the school utilizes technology to unify the students, individuals’ differences and creativity will be killed.

Furthermore, Cao Qingjiu, director of the Children Wards of Peking University’s Sixth Hospital, believes that it is very important to protect the self-awareness of adolescent students. “They need respect and trust from others. Installing such a system may trigger students’ antipathy against it to the extreme.”

The educational scenario is becoming the new foothold of AI technology

Although the controversy is still going on, it cannot be ignored that AI empowerment has become increasingly common in almost every industry during the past few years. Under such a trend, the educational scenario is undoubtedly a blue ocean for AI companies. According to the “2019 China Intelligent Education Industry Market Development and Trend Research Report”, the scale of China’s intelligent education market continuously expand from 2010 to 2018 with a growth rate above 10% and the market scale has exceeded 500 billion yuan(70 billion USD) in 2018. 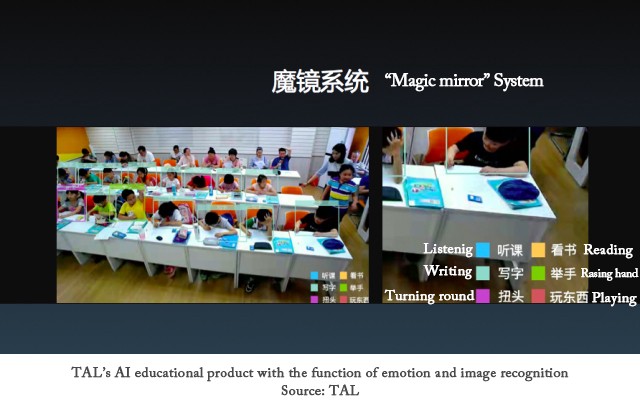 Ushering in such a burgeoning stage, many AI solution providers and education companies have joined the battlefield to compete for market shares such as TAL’s “Magic Mirror System” mentioned in our previous article.

No company can afford to limit its business layout in the “AI+ Education” field at the entry-level with simply attendance checking through facial recognition gate. More solution providers hope to leverage AI to reconstruct the whole process of education that the classroom of course is a place where they can make a big difference. We will be seeing this happen.