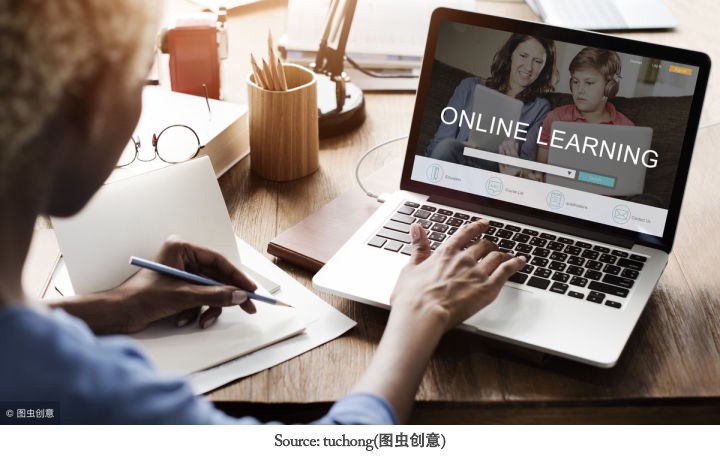 This summer, the competition in K12 online tutoring sector remains relatively fierce in China. The advertising war heats up among rival companies from offline space such as airports, bus stations, high-speed rails, buildings to online platforms like WeChat, TikTok (an app for creating and sharing short videos) and TV sponsorship. Education companies launch ads campaigns as a crucial marketing strategy to acquire customers and vie for market shares during summertime. For instance, the average daily advertising volume of China’s three online education giants with the largest traffic (TAL, Yuanfudao, Zuoyebang) has reached 10 million RMB (around 1.5 million USD) this summer, which undoubtedly shocked the floundering advertising industry. In this piece, we compiled the Chinese report covered by 36kr to shed light on the intense brand war raging on at the moment as well as the capital environment in China’s K12 online tutoring space.

“China’s K12 online education sector will get the next $100 billion company”, believed by many investors interviewed by 36kr. According to the statistics of the Ministry of Education, there are nearly 200 million students in China’s K12 age group. Even if the general rate of attending online K12 tutoring courses is 10% which is not very high, the number of potential customers is at least 20 million. The unit price of large-class model is 3,000 RMB per year with an average of attending 1.5 courses. That being said, the annual consumption per person is 4,500 RMB. And given the student number, the market scale of K12 online class could reach nearly 100 billion RMB. And based upon the market-to-sales ratio of the listed education companies, some top player in this sector is very likely to join the $100 billion market cap club.

In order to win the war in this summer, education companies have battled in all aspects. For example, on June 27th, Xueersi Online School (attached to TAL) held the mobilization meeting for their “Summer online curriculum enrollment”. “Actually Xueersi was originally not intended to engage in this war until the beginning of June. With the hasty decision made, it is difficult for the company to support its large-scale and concentrated customer acquisition relying on 4000 full-time teachers that Xueersi has previously reserved. Therefore, the company has recruited 1,000 part-time college students and redeployed 100 teachers from Jinan branch to Beijing. They are fully geared up for this war.” An education company’s strategy officer said.

“The large-class has been proven to be the best profit model and financial model among online tutoring business.” A secondary market analyst said, “The gross profit of large-class can reach 50% to 70% while the ratio of hard costs to total income is very low. With the reduced costs of customer acquisition, marginal benefits will gradually appear.” Apart from Xueersi, other online education unicorns including Yuanfudao, Zuoyebang, Zhangmen, 17zuoye, Knowbox, VIPKID, Youdao, Tencent’s Fudao QQ and Genshuixue are all dragged to this fierce competition for online large-class enrollment.

According to incomplete statistics, as of the current summer enrollment, the total expenditure of these 10 online education companies has reached 3 to 4 billion RMB with several companies including Xueersi, Yuanfuddao and Zuoyebang having enrolled more than 1 million new students. Moreover, the renewal rate (from spring to summer period) of Xueersi’s online courses covering grade 1 to 5 is over 90%, and Yuanfudao’s has exceeded 80%, indicating that online courses’ renewal rate for the first time has been leveled up to the offline business and this summer will see a rapid increase in online tutoring class attending rate.

Moreover, the overall enrollment scale of the online education company’s “trial course” with lower price to entice potential customers in has almost reached 10 million and the total advertising expenditure in this summer is close to the sum of the past three years, which is unprecedented in the whole education industry.

The key to winning the game this summer 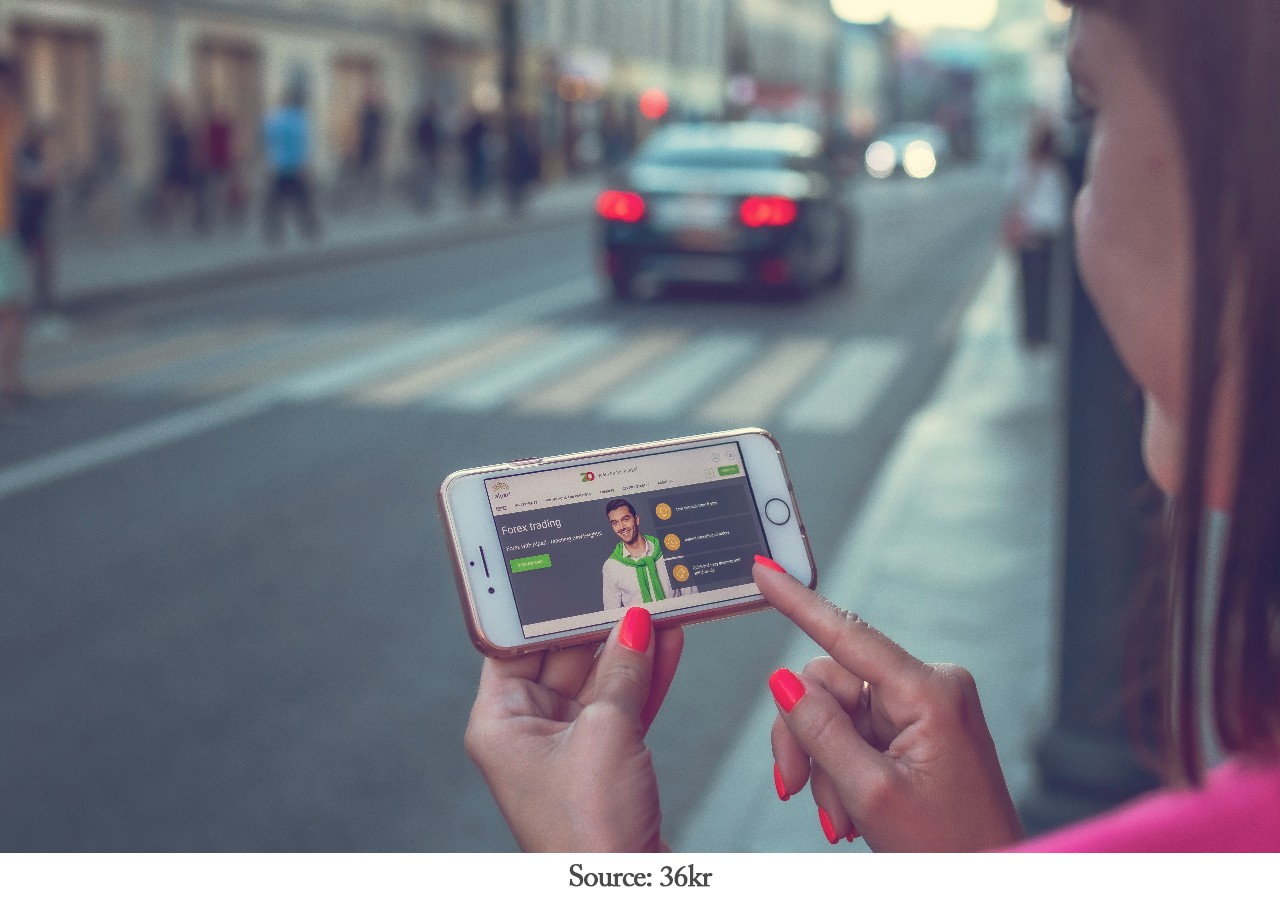 K12 tutoring has a very strong seasonality in market expansion. Summer vacation is the key period to acquire customers and the growth almost determines the entire trend throughout the year. From a competitive perspective, summer vacation is the only opportunity in the year that can narrow or widen the gap among peer companies. “There may still be an opportunity period this year with some uncertainty. But after this summer, the market landscape may be completely firmed up.” An industry insider analyzed that “the winner is likely to get a new round of financing but the loser will be hard to recover or even directly be wiped out.”

According to an industry senior business executive, this conversion rate of Yuanfudao was 42% last year. With 400 million RMB invested in launching marketing campaigns, Yuanfudao has acquired 600,000 students registering for systematic online classes at regular price and has reached a confirmed income with 1.5 billion RMB. According to the estimates based on Yuanfudao’s overall expenditure of 600–700 million RMB, more than 1 million customers will pay for the systematic courses this year. However, this conversion rate of Xueersi was around 30% last year which was lower than expected, which may explain why they hired a new head of online business after the end of last summer. “This time, the ‘lifeline’ of Xueersi is set at 35%-40%, determining whether it will recommit the same mistake this year.”

The end of August is an important time pivot for all K12 “online schools” to reveal how they perform in this fierce competition from the number of long-term customers they will acquire and how much market share they could gain.

The gateway to enter online K12 market is already shut

“K12 online education has experienced a five-year hibernation. The prevailing online tutoring school in the current stage actually means this market cannot embrace new comers any more. There are hardly any chances left for them to start from scratch and compete with others. Meanwhile, the online education giants have pushed up the cost of customer acquisition to an unprecedented level.” An online competence-based education company’s CEO said that “the intense advertising war among K12 online tutoring companies has posed significant challenges to us and we are even struggling to survive. The advertising cost is continuously increasing. For us, it has more than doubled compared to last year.”

But we also hear some more optimistic voice. “In Xiamen, the revenue of New Oriental’s secondary school business hit 500 million RMB a year while Xueersi’s income may be only one or two million,. However, in Shenzhen, Xueersi can reach an income with more than one billion RMB but New Oriental in Shenzhen earns probably only one hundred million.” The founder of an “online school” outside the first- and second-tiers cities pointed out, “for the market in lower tier cities, it often obeys the rules that ‘first come first served’. ‘Matthew effect’ in the education industry is totally evident here.” And acquiring customers outside first- and second- tier cities has become a strategy that late comers are initiating.

In 2019, the competition in online education industry starting from O2O, online one-on-one class finally comes into K12 online tutoring, the oligarchy monopoly of Internet industry finally hit the online education market. Before this autumn, the conversion rate of marketing campaigns launched this summer as a business “lifeline” may be a crucial indicator to reveal which player wins but it won’t mark the end of this battle. Moreover, before the overall online tutoring course attending rate reaches 10%, the fierce competition among online school giants will never come to an end. There are reasons to believe that the effect of this ongoing advertising war will eventually spark a company with 100 billion market capitalization in this sector.