“My kid told me that he wants to take tutoring courses just as nearly all his classmates did.”

“Ever since my kid’s 4th grade, all my ‘tourist destinations’ have become those tutoring institutions around the district we live.” 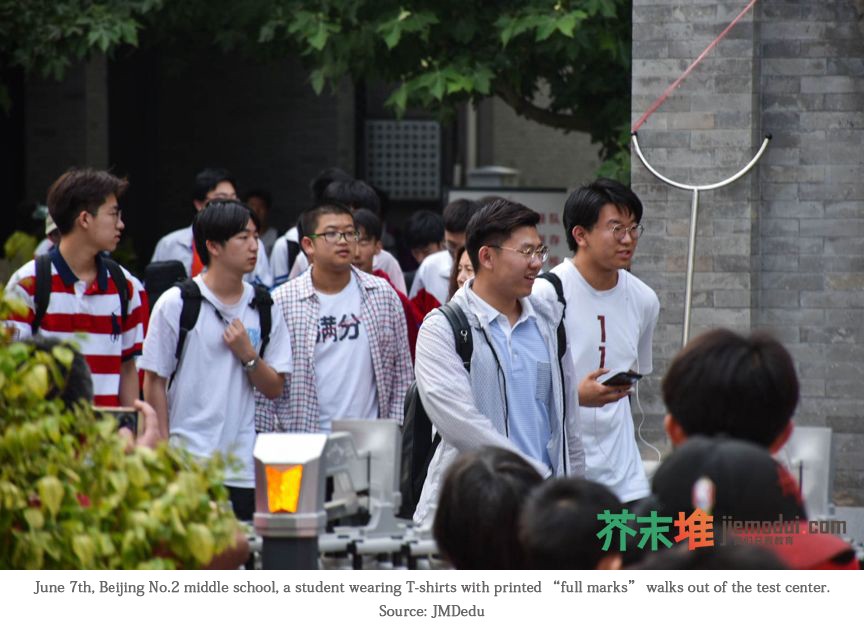 Last week, more than 10.31 million Chinese students sat the most important exam in their life known as Gaokao (the college entrance examination in China). The quotes above are from parents who were anxiously waiting for the children to walk out of the test center, indicating a love-hate relationship between senior high school students and the tutoring institutions they go to. China’s grueling Gaokao is highly competitive and may directly determine millions of Chinese young people’s destinies. To compete for the very limited enrollment number of top universities, students have no choice but to take extracurricular class.

As a highly rigid demand, K12 after-school tutoring market which was expected to hit over $62 billion by 2018 in China seems to be the predominant consumption propensity for many families. As of November 2018, the Beijing Municipal Education Commission announced that there are 12,681 after-school training institutions in Beijing.

After the first day of Gaokao last week, JMDedu interviewed nearly 50 families from 8 test centers in Beijing about their feelings towards after-school tutoring in terms of tutoring subjects, fees, and parents’ attitudes. 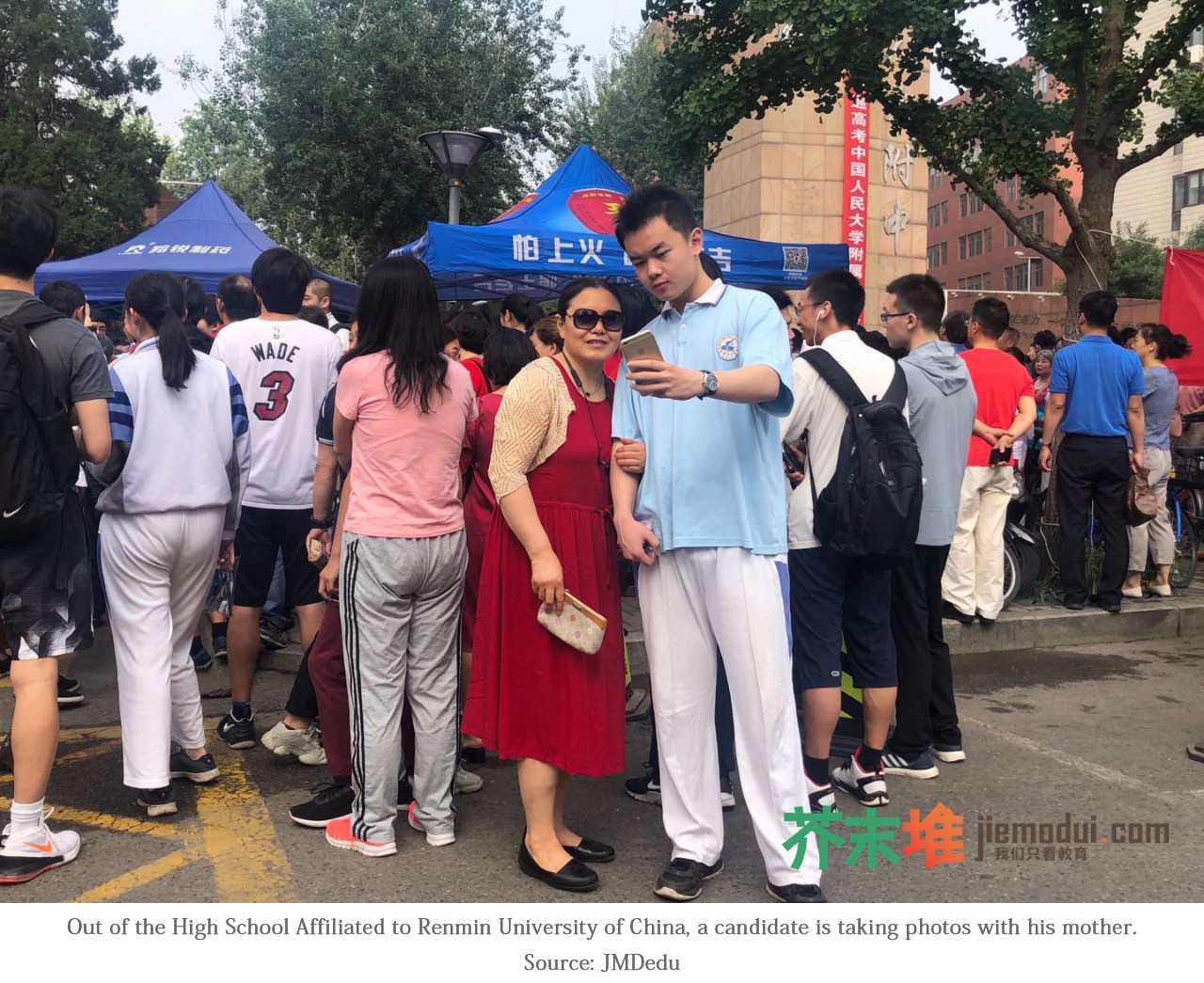 According to the “2017 China Institute for Educational Finance Research-Household Survey(CIEFR-HS)”, China’s average families’ expenditure on high school education is around 16,900 RMB nationwide, 12,200 RMB in rural areas and 18,200 RMB in urban areas. Compared with the average number, the after-school tutoring cost of our interviewees has already reached 10–30 times of the above figure.

“These days, don’ t students start to take extracurricular tutoring courses just from preschool? My child nearly takes all of the subjects during high school.” Talking about this, a father said, “In the current society, especially in big cities, children have been studying in school for more than ten years and taking supplementary tutoring at the same time. They have spent twice as much time in their studies, I am not sure whether the teaching quality in public school is too bad or the training institution teaches better.”

Another father told JMDedu that his child has started to get tutoring from offline training institutions since fourth grade, however, they have been looking for more suitable one-on-one teachers instead of the institution since high school. He explained to us that the reason why his child took tutoring courses was that the child felt the knowledge taught in school could not meet his demand, and sometimes teachers would not like to spare time going through the basic knowledge points.

Moreover, he conservatively estimated that all tutoring fees in high school are around 200,000 RMB, and pointed out a fact that usually, the class fee is around 400–500 RMB, but it will rise to 1000–2000 RMB in one or two months before the exam. “But I am willing to pay for that as I think it can help my child get higher grades.” However, some parents said that their children did not take any tutoring courses during high school, mainly relying on independent planning.

For those fine arts candidates, although the grade requirement for Gaokao is not as high as others, their training cost and competitive pressure are much higher. 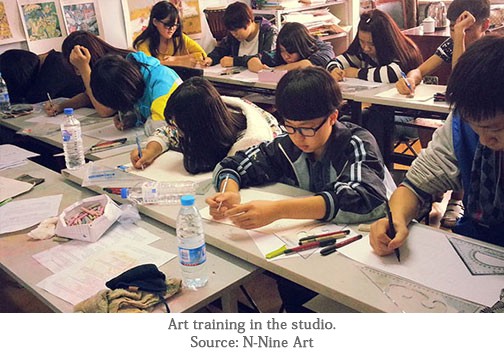 A mother waiting outside Yuquan Middle School affiliated to Beijing Bayi School told us her daughter was enrolled in a two-month art training which costs 69,000 RMB (around 10,000 US dollars), then followed by three-month tutoring for academic subjects and spent nearly 60,000 RMB. “Taking art training means basically living in the studio and practice every day.” The mother recalled that many students from all over the country in the studio who left home for two or three months are the ones more inclined to fall apart because of the pressure. Many cried when they returned to the dormitory.

Another father of the fine arts student, told JMDedu that his child has been studying in Guangxi while the registered permanent residence is Beijing. Although Guangxi is not as developed as Beijing, he also has to spend at least 100,000 RMB in the extracurricular tutoring class every year.

By doing the research, JMDedu found that it is up to the students to decide whether to take the after-school courses or not. Parents will not force them. Due to the intense and overwhelming atmosphere during class, many students will take the initiative to participate in extracurricular tutoring.

“Children have taken too much pressure. I feel that the fiercely competitive relationship between peers has affected my daughter. Her father and I have never asked her to get high grades.” A mother told us that her daughter voluntarily asked for four intensive mathematics classes just a few days before Gaokao. And in the last year of high school, they have paid almost 200,000 RMB for tutoring courses.

Likewise, a candidate from Beijing Shida Middle School told his mother that he wanted to attend extracurricular tutoring during his third year of high school. The mother said almost all the classmates of his son were taking tutoring courses and some of them even did not show up in formal school one or two months before Gaokao in order to gain more time for intensive tutoring.

High renewal rate: no other choices but for children’s bright future

In spite of he increasing cost and temporary price markup, as long as the students start to take the courses, it is difficult for them to quit halfway.

“I know that many people think that parents are very blind to purchase quite expensive tutoring courses for their kids. I used to think like that, but after I have experienced it, I took for granted that those institutions were trying to manipulate us parents.” A student’s mother from Beijing Bayi School told us.

“I didn’t conceive of any idea of paying for tutoring courses for my kid at the beginning until one day I received a call from a tutoring institution and invited me to sign up a free listening which sounds very attractive.” After the class, the mother chose a medium-sized institution, mainly targeting on utilizing teacher resources from famous universities. Although she tried to verify a teacher’s information on the Internet, she found nothing. The institution explained this is just because the teacher is very low-key.

“But I felt really satisfied with the course, so I paid hundreds of RMB for small-size Chinese and physics course. But usually at half of the period, the agency will ask if you want to renew with a discount which will expire later. Parents cannot say no to this type of special promotions but just pay in advance and totally follow the institutions’ advice without hesitation such as switching to a different class scale.” She told us. 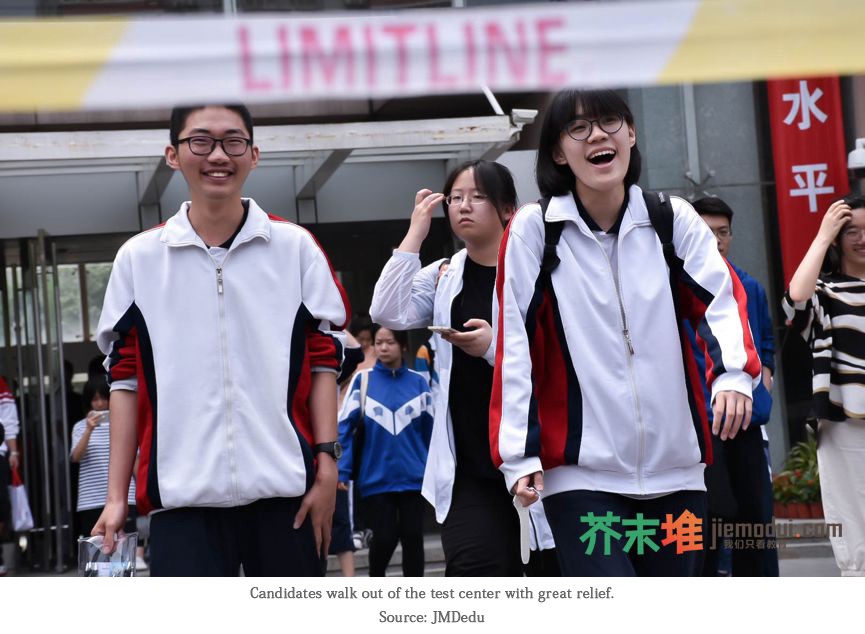 It is worth noting that 2019 is the last year of Gaokao with traditional format in Beijing. Next year, the new regulations will be introduced known as “3+3”. In the past, children in the second year of high school have to choose to study liberal arts or science with corresponding subjects including Chinese, mathematics, English and science comprehensive or liberal arts comprehensive. The new regulations indicate that they can have more choices, apart from the three basic subjects they can also choose three subjects among Physics, Chemistry, Biology, History, Politics and Geography to sit Gaokao based on their competences and interests. They are no longer limited to select merely science or liberal arts.

Therefore, some parents said that the children who sat Gaokao this year did not have a retreat to consider taking it again next year given the exam reform. Even if there will be regret to some extent, they have to fill the application form and accept the result. In a few weeks, the grades of Gaokao will be announced. May all of candidates’ efforts pay off!