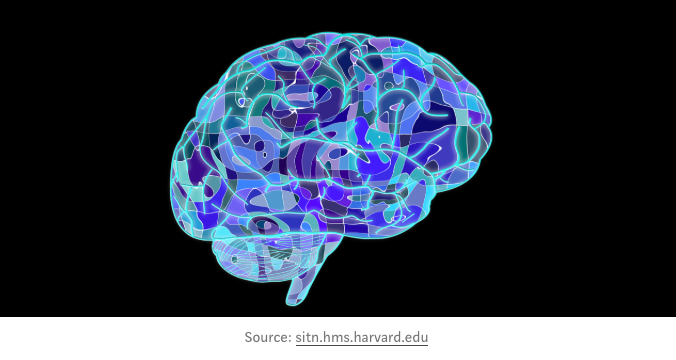 The rise of brain science

In 2016, China listed “brain science” as one of the key scientific and technological innovation projects in the 13th Five-year Plan, aiming to make major breakthroughs in a number of scientific and technological projects. Brain science focuses on cognition, brain medicine and other brain-inspired researches and explores how human beings interact with and gain knowledge of the external environment through mechanisms such as learning, memory, decision-making and attention. On March 22, 2018, the Chinese Institute for Brain Research was established in Beijing. These initiatives reflect the Chinese government’s determination to develop brain science, which brings new opportunities made possible by brain research to the education market.

The reason why this sector gradually captures governmental attention is that some underpinning data reveals the existing problem. A third-party survey shows that attention problems of school-age children rank first among ten problematic behaviors of children. Another survey of urban children aged 4 -10 reveals that 75% of children have attention problems of different degrees, among which 42% cannot concentrate in class, 60% cannot keep listening to the teacher for more than 30 minutes, and 20% are frequently distracted or hyperactive. Difficulty in concentration or lack of attention has become one of the leading causes of learning disabilities in children.

However, popularization of scientific knowledge on attention is still missing in China. Take attention deficit hyperactivity disorder (ADHD) for example, this disorder manifests itself in different ways, including inattention, procrastination, hyperactivity, etc. But many children who are suffering from these symptoms don’t know about ADHD and may thus live in self-blame and a sense of inferiority. Similarly, many parents and even teachers simply think that they are not diligent or careful enough when they are unable to concentrate on study. As a result, parents and teachers who lack knowledge of ADHD cannot give professional help to troubled children. Due to the lack of timely intervention at an early age, it will be difficult for children with attention problems to study effectively throughout the whole growing stage, thus doing continuous damage to their self-confidence.

Fortunately, with the help of basic research of the brain, parents and teachers are beginning to update their knowledge of learning issues caused by attention problems, making it possible for them to offer better help to children. In the meantime, attention training based on brain science is burgeoning and showing itself as a profitable market with great potential. 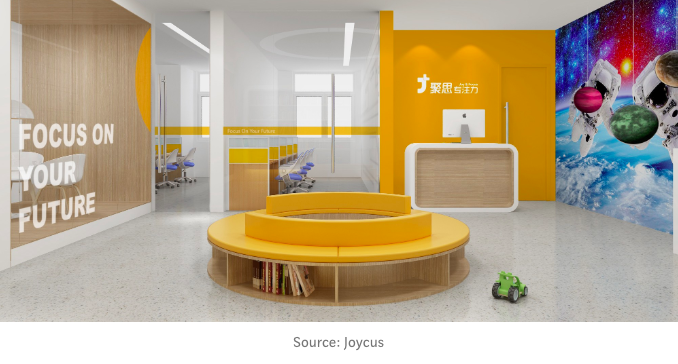 As attention training is just beginning to emerge in China, there are not many products and enterprises that offer time-tested solutions for attention issues, among which Joycus and BrainCo are two pioneers.

At the end of 2015, Joycus introduced Play Attention to China, a brain feedback training product originating in the United States, and became its exclusive agent in mainland China. Later, Joycus worked with the Institute of Psychology at the Chinese Academy of Sciences and Beijing Normal University to optimize its curriculum, aiming to create training courses and assessment tools for concentration based on brain feedback technologies and to provide one-stop solutions for children’s attention problems.

Play Attention used by Joycus was based on NASA’s brain feedback system for training astronauts. Compared with other methods of attention training, the brain feedback technology can directly train the brain regions related to attention, generate real-time feedbacks on the attention state, and quantify the effects. So far more than 500 school districts (in the United States) have adopted this system for attention training. Using the system, children are trained for one hour twice a week for a year. Each time, they need to wear a skin-touching device on the arm that gathers the EEG data from the brain. Meanwhile, students perform various tasks according to prompts from computer software, and their attention states are scored in real time. Based on historical data, the system can guide students to achieve higher levels of attention. As an indispensable part of any learning process, the teacher will also provide guidance by students’side. For example, when the students shake their legs or toy with their fingers, the teacher will record and correct their behaviors. In addition to operations on the screen, the teacher will help students to engage in various interactive games according to the textbooks developed by Joycus.

The training results are directly observed by parents. “Children who used to be hyperactive may not fidget as much, and those who don’t do their homework carefully may be more conscientious now, which are all very easy to be noticed,” says one parent. “Compared with the ‘passive attention’ caused by highly stimulating activities such as playing games, what we have improved is the ‘active attention’ of children who can remain focused even when faced with the learning content they don’t like,” says Dong Chunmei, founder and CEO of Joycus. 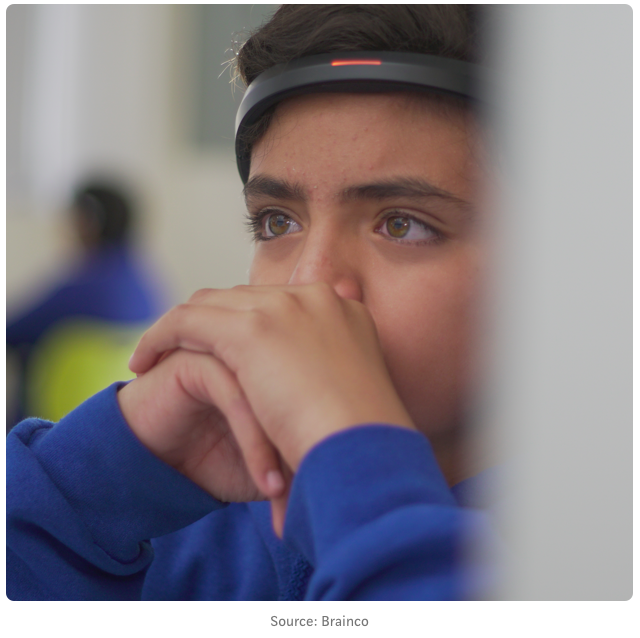 On January 7, 2019, BrainCo, a company specializing in brain-computer interfaces and related technologies, unveiled the Focus headband, a product for attention training, at CES 2019. When a user wears the Focus headband, it collects brainwave signals and converts them into an attention index. BrainCo has also developed an app that can connect with the headband to visualize brainwave signals and show the attention level based on the index. There are also attention-training tutorials, helping users learn how to maintain their attention.

Currently, BrainCo intends to promote the Focus headband in the field of education and has thus launched Focus EDU, a classroom monitoring system. Thanks to Focus EDU, teachers can monitor and trace the attention status of each student so as to adjust their teaching strategies and behaviors to better suit students’ needs.

The Focus headband is a good example of applying achievements in brain neuroscience to classroom learning, making it possible to know the attention status of learners in real time and placing emphasis on the process of learning rather than on test scores. In other words, the Focus headband provides a second reliable dimension to measuring learning performance — attention level — and can effectively improve students’ attention through training. The Focus headband has been introduced to over a thousand schools in China, the United States, Brazil, Spain, Mexico and other countries, helping more than 15,000 students to improve their ability to concentrate.

Attention training in China, there is a long way to go

The improvement of students’ attention level may also contribute to other educational products and help solve long-standing issues. One of the challenges for online education, for instance, is to keep students’ attention on the screen for an extended period of time. If students are not able to focus during the learning process, then no matter how good the content is, the learning results will not be satisfying. In other words, attention control in learning is no less valuable than the learning content. Therefore, there are reasons to believe that online education, along with many other fields of education, can also benefit from attention training products.

Admittedly, attention education and training in China has just begun, so while bringing vitality and opportunities to the industry, it is bound to face various challenges. For example, at present, there is no authoritative evaluation standard for the effect of attention training, nor systematic courses for teachers certified by authoritative institutions. It can only be hoped that these problems will be solved gradually with the development of the industry.